The Grim Game screening twice in the UK in July

The upcoming Yorkshire Silent Film Festival in the UK will offer two screenings of Houdini's The Grim Game in July.

The first screening takes place on Sunday, July 3 at 12:40 PM at the Hyde Park Picture House in Leeds. The second is on Wednesday, July 20 at 6:30 PM at the Showroom Cinema in Sheffield. Both screenings will have live musical accompaniment by Jonathan Best. Tickets are available at the venue websites. 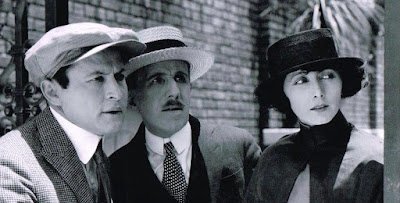 Considered lost for decades, The Grim Game was acquired and restored by TCM. While 2015 saw several screenings and a television airing, screenings this year have been few and far between, and there's still no news of a DVD release. So this is a great chance for people in the UK to catch what is certainly Houdini's best film.

Park Circus distributes The Grim Game on behalf of TCM. Screenings can be arranged via the Park Circus website.

More information on the Yorkshire Silent Film Festival can be found HERE.

Thanks to Dorothy Dietrich and Dick Brookz at the Houdini Museum in Scranton.