It was on this day in 1967 that Steve Baker recreated Houdini's suspended straitjacket escape from the Tribune Tower in Oakland, California. Baker's boast was that he "beat" Houdini by doing the escape one floor higher. Houdini performed his escape on March 27, 1923 from the tower as it was still under construction. 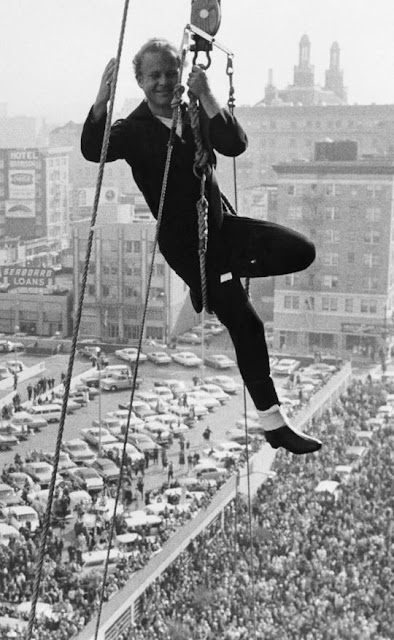 The above AP image comes from the Minnesota Post Bulletin website and shows the respectable crowd that Baker gathered (reported at 10,000). Today a photo of Houdini doing the escape hangs inside the Tribune Tower's restaurant.

UPDATE: Looks like I got the date wrong. Baker actually did the escape yesterday, February 22, 1967.