Houdini, Lovecraft, and The Cancer of Superstition 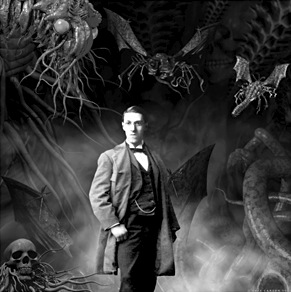 Houdini collector extraordinaire, Arthur Moses, alerts us to a proposed collaboration between Houdini and horror master H.P. Lovecraft that has only recently come to light. In the book The 13 Gates of the Necronomican: A Workbook of Magic

At the time of his death, Houdini had been corresponding with Lovecraft regarding a book on which they intended to collaborate, along with writer C.M. Eddy Jr., which was to be entitled 'The Cancer of Superstition.' Lovecraft prepared a detailed outline of the work, which is extant, and Barlow actually began the writing and completed three chapters, but Houdini's widow cancelled the project - perhaps because she was herself more inclined to believe in the reality of spiritualists phenomena than her skeptical late husband.


It's odd why Bess would cancel this project, especially as it would have presumably brought her money at a time when she most needed it. I don't buy Tyson's explanation that she was "more inclined to believe in the reality" of spiritualism. We know that isn't true. But is it possible she did this while under the spell of Arthur Ford?

Houdini and Lovecraft collaborated on several projects during his lifetime, including the well regarded short story, Imprisoned With The Pharaohs

. Lovecraft has also starred alongside Houdini in several fictional adventures, including Necronauts and the recent Edge of the Unknown.

By the way, Arthur has also sent over some amazing unpublished images from his formidable collection that I will share this week.

UPDATE: The Cancer of Superstition is FOUND!
Written by John Cox at 9:10 AM