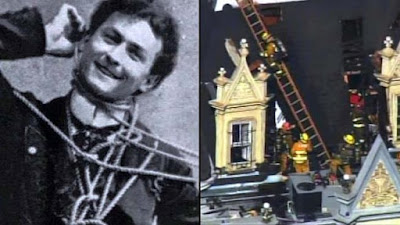 NBC LA is the first news organization to pick up on and exploit the coincidence that The Magic Castle in Hollywood caught fire on the 85th Anniversary of Houdini's death. But they should have noted that this fire happend not only on the same day, but during the very hour of Houdini's demise (at 1:26pm).

A message from beyond? Yes. Yes it was. He's back, people!

By the way, I've learned that the Magic Castle's famous Houdini Seance Room, which is filled with authentic Houdini handcuffs, letters, and memorabilia, was not damaged. 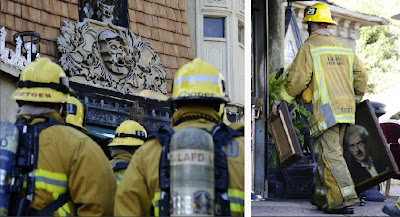