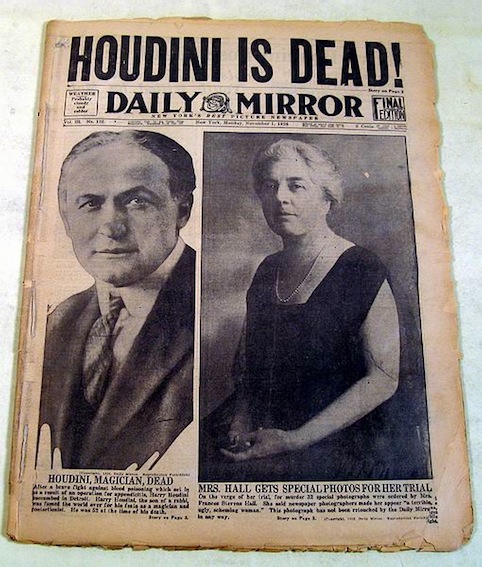 It was 85 years ago today on October 31, 1926, that Harry Houdini died in Detroit's Grace Hospital from peritonitis. He died at 1:26PM. His last words, spoken to his brother Hardeen, where said to have been, "I'm tried of fighting. It looks like this thing is going to get me."

Today, however, Houdini's memory is alive and thriving. He is as famous on this day in 2011 as he was when newspapers around the country announced his sudden death at age 52.

Not only is today celebrated as Halloween, but magicians around the world recognize it as National Magic Day in honor of the great magician, escape artist, author, actor, aviator, collector, and crusader against fraudulent mediums.

Houdini death timeline:
Written by John Cox at 1:26 AM