Back in 2009 a graphic novel was announced that would feature Houdini as a devilish spirit haunting the famous Winchester Mystery House in San Jose, CA. I was never able to track down a copy of "Winchester," and I assumed it never came out. But now a helpful reader tells me the first issue did indeed come out under the new title The Secrets of Sarah Winchester. The back even featured an image of zombie Harry. 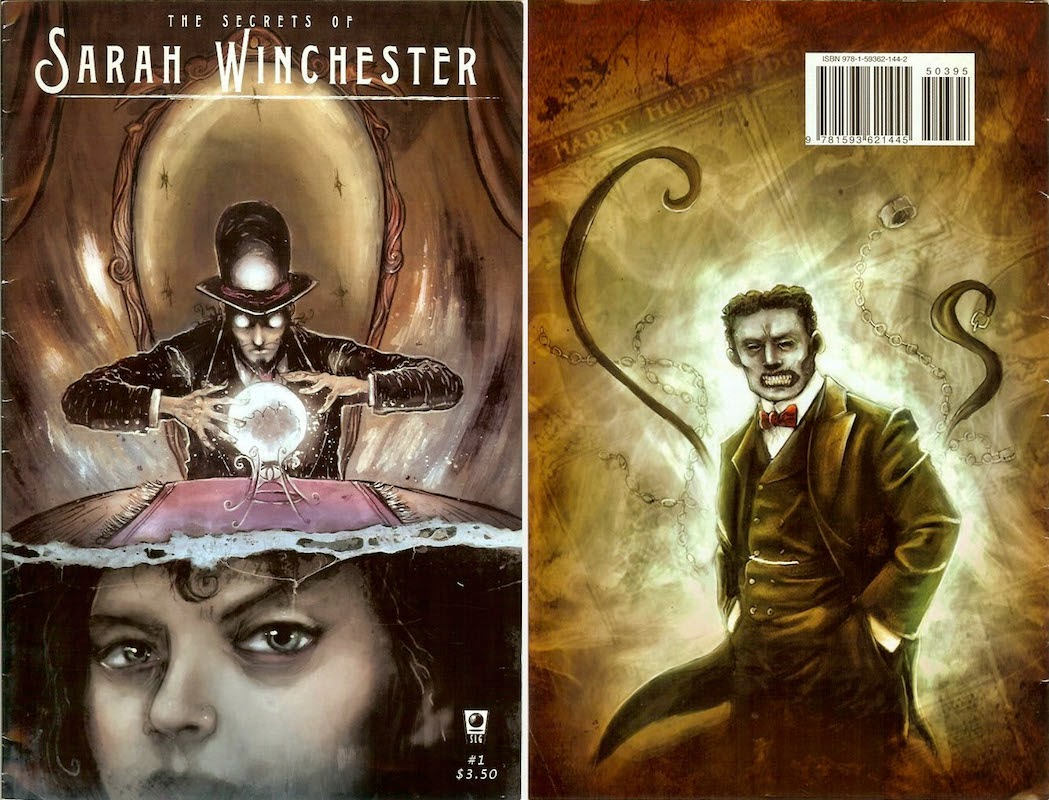 The Secrets of Sarah Winchester was planned as a series, but a Cease & Desist from the Winchester estate resulted in the series being cancelled. However, issue #1 can still be found on Amazon.

Thanks to Shannon Kane.