'Houdini' airs tonight in the UK 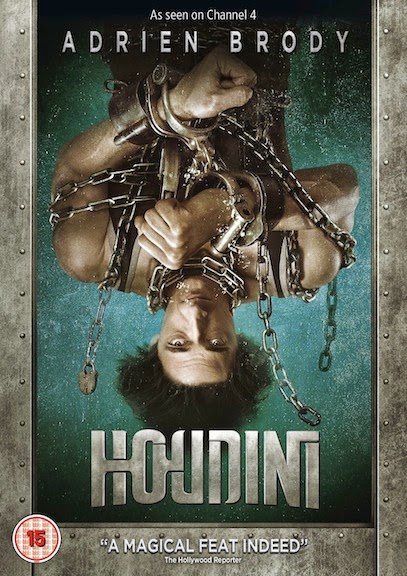 Just a reminder that Part I of the Houdini miniseries airs tonight in the UK at 9pm on Channel 4. Part II airs next week at this same time.

Peter Iacono, Managing Director, International TV and Guy Avshalom, COO Lionsgate UK said "Houdini is the kind of premium programming that epitomizes the Lionsgate TV slate. We believe that Channel 4 is the perfect home for this television event, and we expect it to resonate with audiences in the UK."

The UK DVD is now available for pre-order on Amazon.co.uk (cover art pictured). The release date is October 6, a day before the U.S. release. However, it's unclear if this will be the extended edition.

Thanks to Paul Zenon.
Written by John Cox at 8:34 AM