New thoughts on the firing of Rabbi Weiss 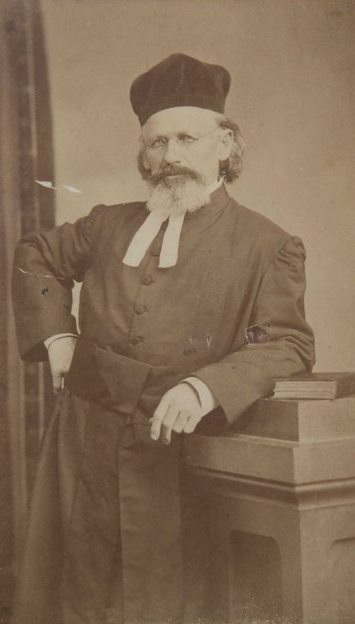 It's part of the established Houdini story that his father, Mayer Samuel Weiss, lost his job as the Rabbi in Appleton, Wisconsin because he was  too "old world" for the progressive American town. The fact that he didn't speak English is often cited as evidence of this. All this was recently dramatized in the Houdini miniseries.

But now, Appleton resident and major Houdini collector and expert Tom Boldt (his construction company built the new Houdini Plaza), shares his "2 cents" on why Rabbi Weiss might have really lost his job. Now, 2 cents from a guy like Tom is a little bit of gold, so I thought I'd share his thoughts here:

"I did want to add my 2 cents worth on the reason Rabbi Weiss left Appleton. While his inability to speak English well might be a reason, I think the real reason he lost his job is that the growing congregation wanted their own person. If you look at the places where many of the immigrants to Appleton came from you'd find that they came from Germany and a lot from the Mecklenburg area. That's where my ancestors came from. Take a look at the Outagamie County census record and you'll see this. I think Rabbi Weiss and his supporters were outnumbered by the Germans. They simply wanted to get their man, Rabbi Salomon, to come to Appleton and lead them. I doubt that Salomon was able to speak English any better than Rabbi Weiss. The English problems wouldn't have been that big of a deal in Appleton since German was so common at the time."


On a related note; for all the talk of Houdini coming from "poverty," it appears the Weiss family was doing pretty well in life until this firing forced the family to move to Milwaukee. Only then did they fall into a trap of poverty that took a Houdini to escape.