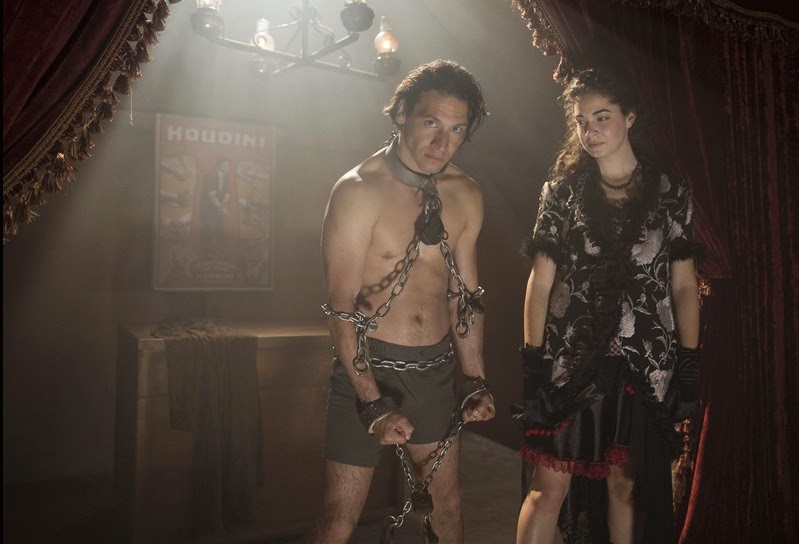 The doc also features actors in the roles of Harry and Bess. Above are Paul Cimpoieru and Delia Nartea in a shot very reminiscent of this publicity photo from the recent Houdini miniseries. Below is the description of the documentary from the TV8 website (translated by Google).


You can read more about this documentary, and read an interview with Jan Rouven, at the ARTE website.

UPDATE: This documentary is now available to view on YouTube dubbed in French.
Written by John Cox at 10:57 AM