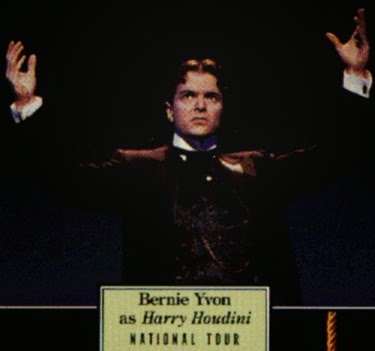 Here's some tragic news. NBC reports that Chicago actor Bernie Yvon, who played Houdini in the first National Tour of Ragtime in 1998, had died in a fatal car crash in Northwest Indiana.

Yvon, 50, was on his way to rehearsal at a theater in Munster where he was scheduled to perform in Women On The Verge of a Nervous Breakdown, set to open next week.

General Manager of Theatre at the Center, Richard Friedman, said, "This is a tremendous loss of a fantastic performer and treasured colleague. Bernie made everyone he met feel better about life and every audience member who saw Bernie's work was fortunate to be entertained by a masterful artist."
Written by John Cox at 12:24 PM