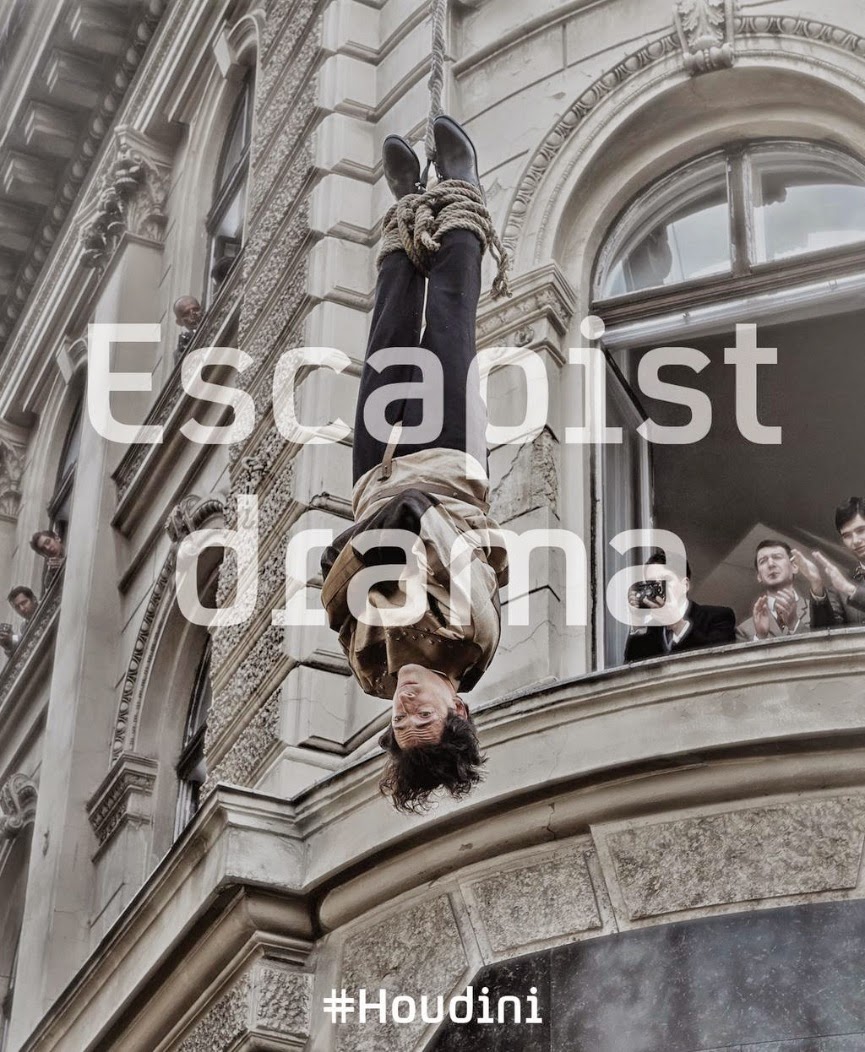 Viewers in the UK had to wait an extra week to see Houdini, but it looks like they are getting something special in return. Channel 4 is showing the full extended version of the miniseries, which will only be released here in the U.S. on DVD October 8. What's interesting is this extended edition includes a disclaimer on the front which reads:

"What you are about to see is FACT... It is also FICTION... We defy you to tell the difference."

A somewhat arrogant disclaimer (and I think we met their challenge), but at least it's a disclaimer! HISTORY might have mitigated some of the intense criticism it received had they left this on the U.S. broadcast version.

Our friend Narinder from the UK also tells of a scene, following Harry's proposal, in which Bessie's mother slaps her and shouts, "You married a jew!" This certainly wasn't in the U.S. version, and that's too bad because it helps explain Bess's later remark about being, "a dumb girl who married a jew", which I criticized in my review.

Looks like it may be necessary to do a re-review of the miniseries when the Extend Edition is released here in the U.S. next month. Some of my other criticisms may need to be reassessed.

And to fact check the Bess/mother scene -- per the filmmakers "defiance" to do so -- it is true that Bessie's mother threw her out of the house after she married Harry and refused to speak to her for years. Although all parties later reconciled, and Balbina Rahner became a regular fixture at 278, delighting in the magic Houdini would do at the dinner table. (Read: Marie Hinson remembers her sister Bess Houdini.)

Thanks to Narinder Chadda and Mick Hanzlik for the UK intel. Your spy work is worthy of Fake Harry.
Written by John Cox at 10:36 AM