History, Houdini, and the blogosphere 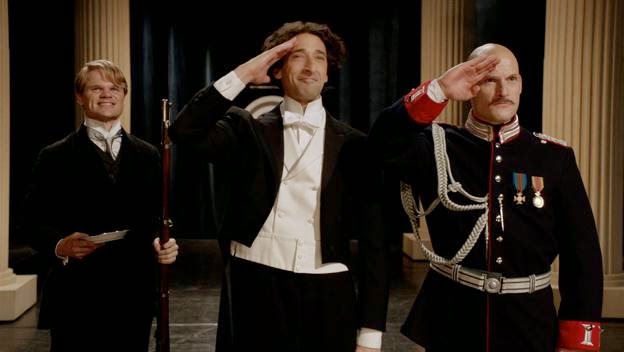 Like the Tony Curtis movie in 1953 and The Great Houdinis in 1976 (not sure anyone noticed the 1998 TNT film), HISTORY's Houdini miniseries has received a serious drubbing in the magic world, and especially among Houdini bloggers. While many agree the film was well made from a technical standpoint, and even the questionable casting of Adrien Brody seemed to have won over viewers in the end, it was the amount of historical inaccuracies (and flat out fictions) that doomed Houdini for many. Below are links to a few reviews on the major Houdini websites:


Even though I gave the miniseries a pretty rough review here, I don't think it quite deserves some of vicious criticism it's getting. It isn't the worse Houdini movie ever. Had they gotten the facts of his early success even remotely right and cut all that bogus spy stuff, I would have stayed on-board and ranked this miniseries pretty high. (As is, I put it somewhere in the middle of the pack -- waiting on the extended edition before I decide).

But I do agree with the overall sentiment that a channel which calls itself HISTORY should have made more of an effort to get the facts right (or close to right). At the very least, they should have included a disclaimer on the front telling viewers what they were about to see was a mix of fact and fiction. This is what ABC put in front of The Great Houdinis in 1976, and that was a responsible and respectful thing to do. But I guess ethics in television aren't what they once were. (Is it a pipe dream to think, owing to the negative reaction, that they might now add a disclaimer to the DVD?)


As to fears that this is now what people will believe about Houdini... I don't know. This isn't like 1953 and 1976, or even 1998. We now have a powerful way to strike back and get the real story out to people who care enough to look for it. My blog and Fact Checks have received hundreds of thousands of hits since Houdini first aired, and I'm sure Tom, Kevin, David and Dean have experienced a similar surge in traffic. And if you look at the HISTORY Twitter and Facebook pages, there are people taking the network to task. This is really the first major Houdini movie that’s had to contend with social networks and established Houdini blogs, and that’s a good thing. Perhaps HISTORY will now spend a little more time worrying about how accurately they are presenting our history. Or maybe that's just another pipe dream.