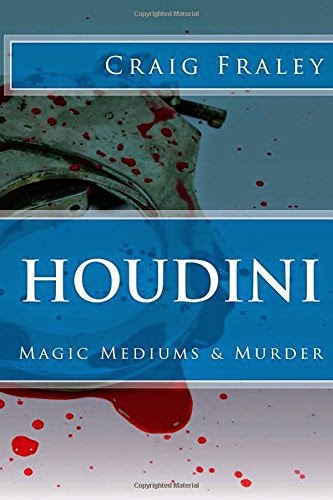 Houdini: Magic Mediums & Murder by Craig Fraley is a 51-page doubled spaced Houdini biography with an extra chapter about the "murder theory." The chapter parrots the speculative and sensationalistic theories we saw in Brad Meltzer's Decoded last year, suggesting that Bess murdered her husband and/or committed insurance fraud. Silly stuff.

I do like how Fraley gives context for what was happening elsewhere in the world at the start of each short chapter, but, overall, Houdini Magic Mediums & Murder is a self-published quickie that offers nothing new and contains quite a few errors. Still, it's print book, so worth adding to your Houdini bookshelf if you're a completest.