The Scotsman has a nice article about how Paul Zenon's researched Houdini and Jim Collins for his production Linking Rings, currently playing at the Edinburgh Festival Fringe. What I especially like is how Paul and photographer Jon Savage traced Houdini's steps on the Scott Monument and recreated a pic. I expect this will now become a must for Houdini buffs visiting the city.

Here's an excerpt from The Scotsman:

In 1920 Houdini was working on a film. It was eventually titled Haldane of the Secret Service, with the hero himself on the trail of a gang of counterfeiters. He shot scenes in Glasgow, Hull, Edinburgh, Paris and New York, always careful to feature local landmarks.

The Edinburgh footage ended up on the cutting room floor, but by magical coincidence Paul Zenon was in the city last August when some surviving stills from the film shoot came up at auction. He bid and bought one of the pictures, of Houdini on the railings at Waverley station. Others feature Houdini on the first level of the Scott Monument, with Princes Street as the backdrop.

“It appears that the plot line was that he’d spotted the gang of counterfeiters, and they came up here,” Zenon says, as he sets about recreating the photo shoot for The Scotsman. 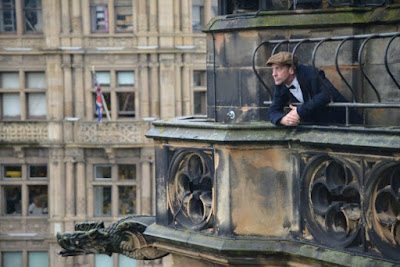 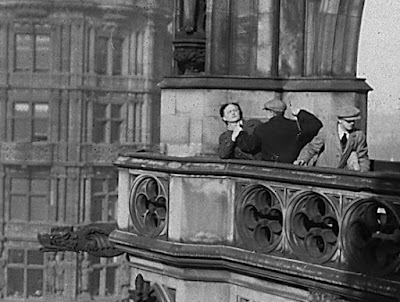