Edinburgh Festival is wild about Harry

Here's more evidence that 2015 is The Year of Houdini. The Edinburgh Festival Fringe, currently running in Edinburgh, Scotland, has four different shows related to the great magician. Below is a description of each from the festival website: 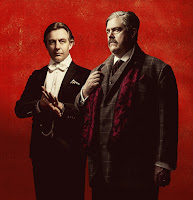 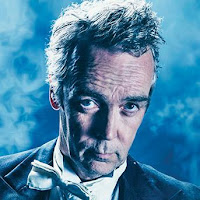 John Hannah stars in this madcap comedy of illusion. Four tramps huddle together at an abandoned railway station, full of vodka-fuelled dreams of escaping on one of the passing trains. But the trains never stop. Until one day, a dishevelled stranger is thrown into their midst. He claims to be the great Houdini, and promises that together they will perform the most astonishing vanishing act the world has ever seen. More details. 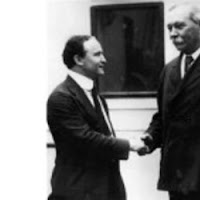 Arthur Conan Doyle investigated psychic phenomena objectively as a member of the Society for Psychical Research for years, before becoming convinced of their reality and following spiritualism as a religion. Houdini famously debunked phony physical mediums, but was hopeful that he could receive a valid communication through a psychic medium from his deceased mother. This presentation will highlight their history together, examine novel research methodology, and feature a 10 minute excerpt of a sitting with a psychic medium, during a reading in which both men were contacted. More details. 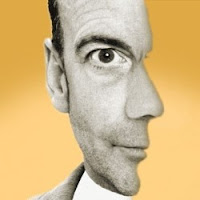 1926: Houdini's right-hand man deals with the death of his boss. A half century later, a Blackpool joke shop proprietor takes on a wide-eyed young protégé. An affectionate look at a misspent youth and unsung heroes; a touching true story of interlocking lives. This new work is an exciting change of direction for Paul Zenon, who has made regular appearances everywhere from Countdown to La Clique and is known as the UK pioneer of Street Magic. Not a magic show, but magical nonetheless. More details.


The Edinburgh Festival Fringe is the world's largest arts festival. It runs August 7-31. For more information visit the festival website.