The Grim Game lands in Edinburgh this weekend 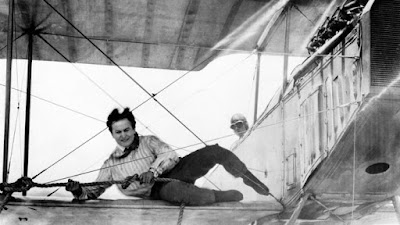 TCM's restoration of Houdini's The Grim Game arrives in the UK this weekend with showings at the Filmhouse Cinema in Edinburgh on Saturday, August 22 and Sunday, August 23. Both screenings take place at 5.00 PM.

The Scottish capital is a hot bed of Harry these days. Also currently playing at the Edinburgh Festival Fringe are three Houdini-themed plays, Impossible, Linking Rings, and The Titanic Orchestra, as well as a lecture by Robert Stek on The Strange Friendship of Arthur Conan Doyle and Harry Houdini (August 25).

The Grim Game will have its television debut on TCM on October 18th. Arrangements to screen The Grim Game can be made through Park Circus Films.