Norman Bigelow has passed away 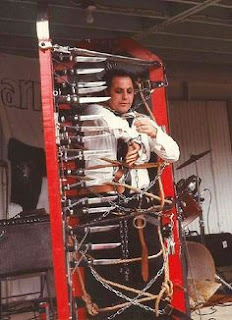 Sad news. The Magic Compass reports that friend and legendary escape artist Norman Bigelow passed away on Sunday after a long fight with leukemia. According to his wife Janet, he was comfortable, without pain and home where he wanted to be.

Norman Bigelow was a leading and innovative escape artist. He was born August 12th 1944, and as a teenager apprenticed with The Great Reno. He went on to develop his own spectacular original escapes, such as his famous and frightening Doors of Death (right).

Norm was also a passionate Houdini scholar who was never afraid to take on the more controversial aspects of the great magician's legacy. In 1983 he self-published Death Blow, which introduced many to the Houdini murder theory. In recent years he wrote a follow-up, The Original Houdini Murder Theory, along with new offerings, Houdini's Final Message To The World and Mind Reading.

A sad loss to the world of escapology and Houdini scholarship. 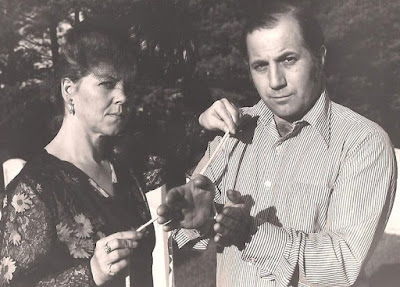 Email ThisBlogThis!Share to TwitterShare to FacebookShare to Pinterest
Tags: Controversial, Obituaries, Other magicians