The Grim Game screening in Helsinki and Edinburgh 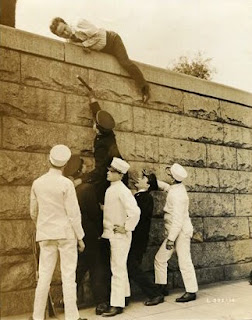 This month Houdini heads overseas with two international screenings of TCM's restoration of The Grim Game.

The first will be at the WHS Teatteri Union in Helsinki, Finland, on Saturday, August 21. The film then heads to Scotland and the Filmhouse Edinburg for screenings on August 22 and Sunday August 23.

Other upcoming Grim Game events to watch for: On August 15th I will be giving my "Houdini in Hollywood" talk at the IBM Ring 96 in Seal Beach and will be showing clips from the film. The film will also screen next month at the Northbrook Public Library in Northbrook, IL (details to be announced). The Grim Game will have its television debut on TCM on October 18th.

Arrangements to screen The Grim Game can be made through Park Circus Films.