The House Theatre of Chicago's 2012 hit Death and Harry Houdini is once again at The Chopin Theatre from today through July 24, 2016. The play is written and directed by Nathan Allen and features magician Dennis Watkins as Houdini. Below is the cool new poster for this latest revival. 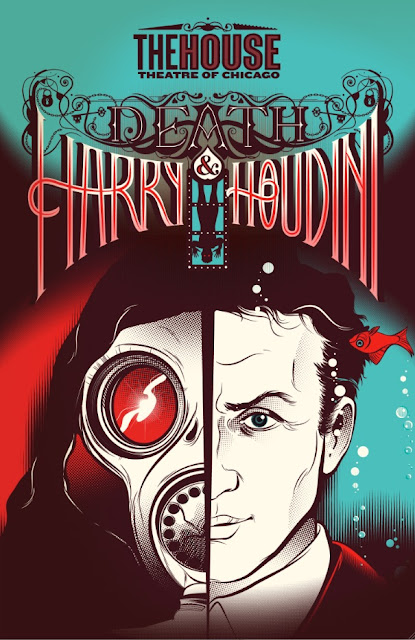 A ringmaster leads us through the events of Harry’s life, all told through stunning magic, poignant dialogue and original music. We travel from the untimely passing of his father, through his first tent shows with his younger brother Theo, meeting his wife Bess, and beginning a journey towards fame on the Vaudeville circuit. All the while, Harry feels Death close on his heels and he won’t rest until he’s conquered him once and for all. Harry will walk on broken glass, swallow razor blades and risk his life in the Water Torture Cell, but will he pull off an escape from Death? Marvel with us as Houdini battles Death once more.


The Chopin Theater is located at 1543 W. Division St., Chicago, IL. For more details and to buy tickets visit the House Theatre of Chicago.