The Witch of Lime Street paperback in October 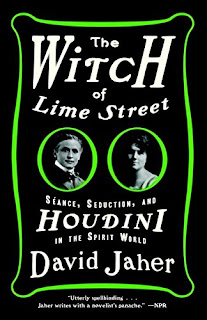 The paperback edition of David Jaher's The Witch of Lime Street: Séance, Seduction, and Houdini in the Spirit World will be released on October 11 according to a new listing on Amazon.

This non-fiction work examines Houdini's spiritualistic investigations and his famous battle with Mina Crandon aka Margery. The book was released last year to excellent reviews, including one from myself.

In December it was also announced that STX Entertainment had purchased the movie rights and had begun development on a film based on the book.