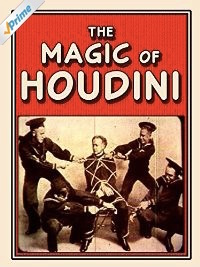 Amazon's steaming video service recently added a documentary called The Magic of Houdini. Even though it shows a 2016 date, this is actually the 1970 BBC documentary The Truth About Houdini.