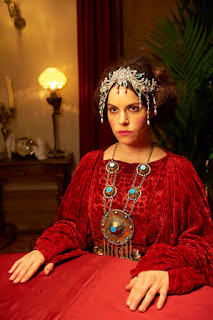 Houdini & Doyle episode 5, The Curse of Korhza, will be of special interest to Houdini buffs as it brings Harry into battle with his traditional nemesis; the medium! In this case, it's the attractive Madam Korhza (Emily Hampshire), a psychic medium who specializes in solving crimes, especially lost children. Is Korhza for real, or is she "solving" her own crimes?

Needless to say, Houdini is the skeptic and Doyle the believer in a debate that in real-life brought about the end of their friendship. However, the idea of spiritualism as a movement and religion isn't part of the debate here. The focus is on the question of Korhza herself.

This is another solid, well-written episode with snappy dialogue and nice twists. In her séance parlor, Korhza pulls off manifestations that (temporarily) stump Houdini. She even does her own version of Metamorphosis. There is a nice secondary storyline with Houdini being suspicious (jealous?) of a man his mother is dating. We also get to see Houdini in underwater action as he saves the final child victim. "I work with water a lot," says Harry.

Surprisingly, mid-way through the episode, Houdini sleeps with Korhza. It seems a touch gratuitous, but I do like that it echoes the ultimate Houdini and Margery fantasy. In fact, there is a lot of Mina Crandon present in the characterization of Korhza. But we will talk more about that below. 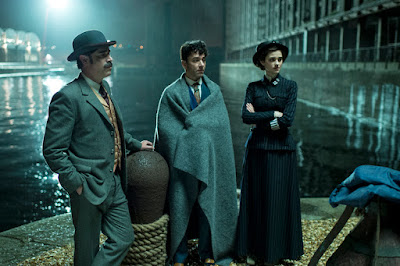 Speaking of trysts, it appears the potential Houdini-Adelaide relationship is being sidelined as we delve deeper into the question of Adelaide's past and former husband, who we now learn is deceased. During the episode, Korzha predicts that "Adelaide Stratton" will not survive, and indeed she doesn't! That's because the episode ends with the revelation that Adelaide is living under an assumed name. This not only adds another layer of mystery to Adelaide, but also gives Korzha a layer of legitimacy.

In fact, Korhza comes off looking pretty good in the end. She's a trickster as skilled as Houdini, a detective as skilled as Sherlock Holmes, but also someone who might be able to plug into the other side. If there is a Season 2, I expect Madame Korzha will be back.

Houdini & Doyle is slowly revealing Houdini's biography, which is something I'm obviously enjoying about this series. In this episode, we take an important step in that we finally hear Houdini's real name, Ehrich (clip below).


As I mentioned above, Korhza appears to echo the real-life Mina Crandon a.k.a. Margery, a vivacious medium who had Boston society and scientists stumped until Houdini landed in her séance chamber. While Houdini never slept with Margery, there was one attempt at seduction. But Houdini famously said, "Her applesauce means nothing to me." How I would have loved it if Weston's Houdini would have mentioned Korhza's own "applesauce."

The most dramatic bit of Houdini history is Harry's admission that he worked a fraudulent medium in his early days. This, of course, is true. However, the story he tells about how one of his sitters killed herself to be with her dead husband is far more tragic than anything that ever happened to the real Harry. The strangest event is when Houdini predicted a boy would fall from his bicycle and break his arm. When it happened the next day, the hysterical mother returned to the theater and accused Houdini of black magic.

Of his time as a medium, Houdini later wrote:

“No matter what I pulled, someone in the audience was pretty sure to claim it as a direct message. When I noted the deep earnestness with which my utterances were being received, and that I was being considered a medium of far more than ordinary psychic powers, I felt that the game had gone far enough.”


This episode was penned by Magic Castle member Josh Brandon, so we get some nice nods to real magic effects. The Kellar Rope Tie gets a mention. And according to Josh, Michael Weston performed a one-handed card cut for the episode, but it was cut for time.

While I doubt Cecelia Weiss ever "dated" after Rabbi Weiss's death, the close and loving relationship between Houdini and his mother is all very accurate. In fact, this episode ends with a touching scene between them that beautifully illustrates the real-life closeness of mother and son. Houdini would have approved. 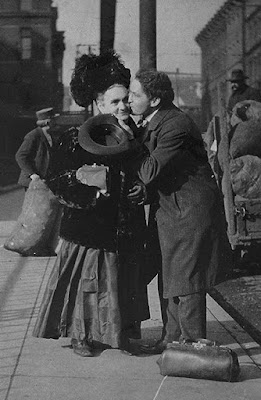 Next Monday: Houdini & Doyle travel to the country to face "The Monsters of Nethermoor."