I caught news of this late, but last Monday the Point Loma Playhouse in San Diego held a staged reading of a new play written by Hilary White called Houdini's on First. 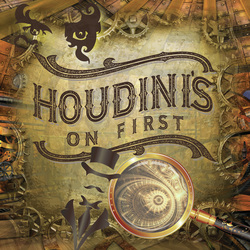 A tattered but still glamorous theatre on First Avenue in Chicago is the latest stop on the tour of Harry Houdini and his enchanting assistant Celeste. When Houdini's biggest fan, Sir Arthur Conan Doyle, catches the show one evening the great magician and the Sherlock Holmes creator bond over their mutual passion for Spiritualism but clash in their very different methods of proving life after death. But the existence of the otherworldly both men desperately seek may be closer than either of them realize. Truth and illusion, two sides of the same coin, are at the heart of this story of friendship and love set against a backdrop of magic and mystery.


Hopefully the reading went well and we will be hearing more about this production in the future.
Written by John Cox at 9:20 AM