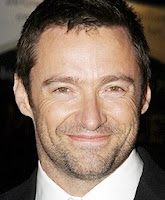 Broadway.com reports that Hugh Jackman is in the final stages of prep for his solo concerts at San Francisco’s Curran Theatre, where he’s set to appear May 3-15. “I’ve been working on my one-man show in my head for about 15 years, but now it’s finally happening,” says Jackman.

When asked about the show coming to Broadway, Jackman said: “I’m also looking to come back and do a show show on Broadway, so probably that will be first.”

The website speculates that Jackman is talking about the long-in-the-works Houdini musical. At last report, the book was being written by Oscar winner Aaron Sorkin with music by Danny Elfman.

Not much to go on, I know, but at least it's something. I really want to see this happen. If Hollywood can't get it together and give us a proper big budget Houdini biopic (operative word being "biopic"), I'm happy to turn it over to Broadway. Just imagine the media attention and merchandising that will accompany this show. And if it's a hit, well, it could have the impact on a generation that the Tony Curtis movie had.

I'm just still trying to get my head around Aaron Sorkin as the writer.
Written by John Cox at 7:02 AM