Is it just me, or has Houdini suddenly exploded into popular culture lately? This year we've already had news of four film/TV projects, Google celebrated Houdini's birthday with a doodle, papers seem a little extra full of Houdini stories (thanks to the Houdini Art and Magic exhibition), a reader tells me Houdini in name checked in the new movie, Fast Five, and now an ad for the new season of Showtime's WEEDS features this Houdiniesque image of actress Mary-Louise Parker. 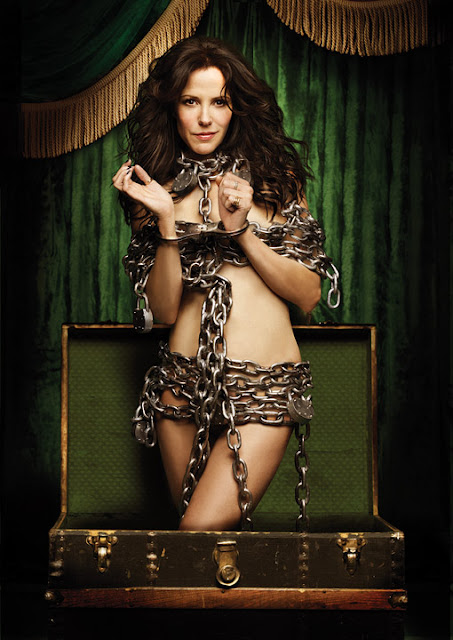 For those who have never watched the show, know that it has nothing to do with magic. Last season Parker, who plays suburban pot dealer Nancy Botwin, was arrested by the FBI and led away in handcuffs. She's in a predicament, but like Houdini, she will probably perform a miraculous escape.

Thanks to Athena Stamos Girl From LA Photography.
Written by John Cox at 7:45 AM