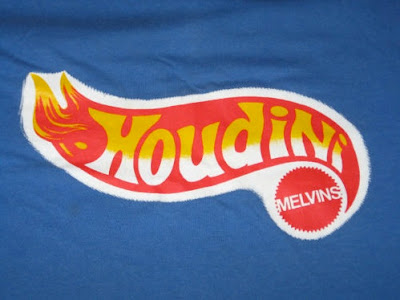 Here's one on eBay that I've never seen. This is an XL Hanes T-shirt featuring Houdini's name within the Hot Wheels logo. This shirt is actually a promotion for the band "The Melvins" who released an album called Houdini in 1993. The seller is not sure exactly how many were made, but notes that over the years the band, and this album, have gathered a cult following and this shirt has become quite rare.

Speaking of Houdini and Hot Wheels-type cars, check out this set of Oxford Diecast "Limited Edition" vehicles released in England in 2001 to commemorate the 75th anniversary of Houdini's death. This set can also be found on eBay from time to time. Where was all this cool stuff when I was a kid? 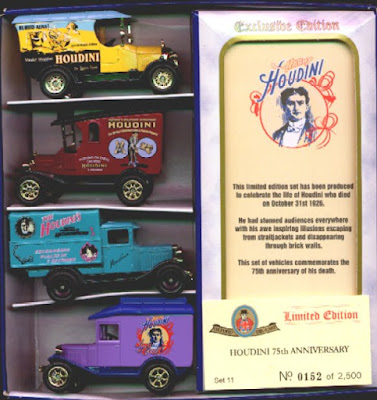