Here's a terrific twice-signed photo of Houdini currently on eBay. Not only is this an uncommon shot of HH, but I really love what he's written on the back: "It is a foolish thing for any one to sign an empty piece of paper. Houdini, Feb 2 – 1920."

For how often Houdini is depicted as being deadly serious, intense, and even morose (Death Defying Acts anyone), there is ample evidence, like this card, that he was actually pretty mischievous and witty. Just look at any of the existing film of Houdini and you'll see him always smiling and even playful before the camera. Anyway, I love that this card appears to capture Houdini the humorist. 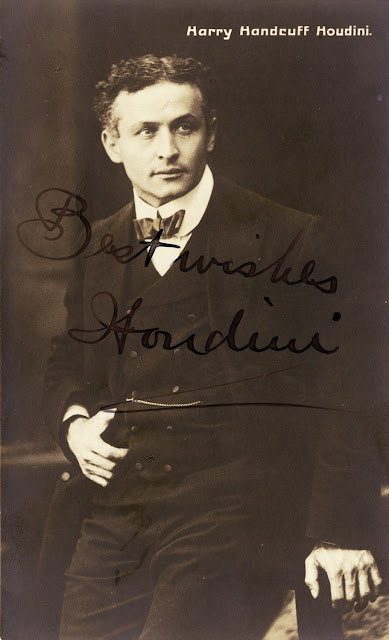 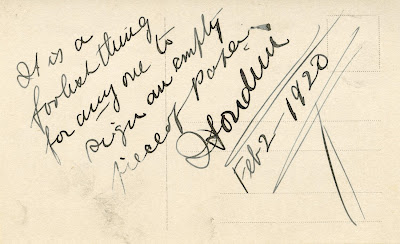