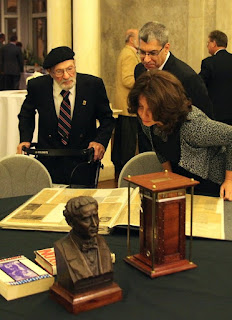 Mass Live.com reports that the Official Houdini Seance was held last night at the Wistariahurst Museum in Holyoke, Massachusetts.

Several officers of the Springfield chapter of the Society of American Magicians, no. 17, were also guests, including dean of the society Tom Gentile.

This year's seance was as much about honoring Sidney Radner as it was to contact Houdini. Sid, who died this year at age 91, had carried on the annual seance tradition since the 1940s.

"I was a great fan of Sid’s," said Teller. "He was a fascinating man of many talents."

The medium this year was Kandisa Calhoun from Berkeley, California.

The no-show appears to have been Houdini himself, although Roger Dreyer commented on Facebook how the inner circle got to watch Houdini's spirit enter Calhoun's body. 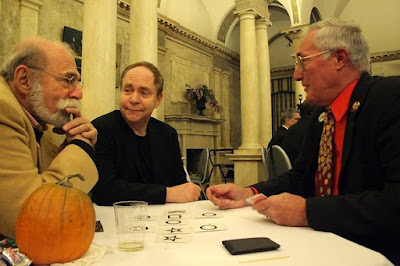