Cover art for The Houdini Specter 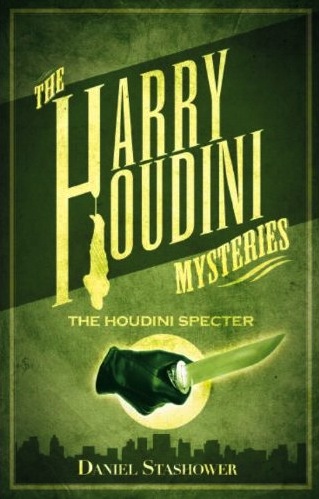 Cover art for Titan Books reprint of The Houdini Specter by Daniel Stashower has been revealed on Amazon. The book will be released on June 12, 2012. This follows Titan's reprints of Stashower's first two books in his "Harry Houdini Mystery" series, The Dime Museum Murders and The Floating Lady Murder, on February 7, 2012.

First published in 2001, The Houdini Specter finds Harry and Dash (Hardeen) investigating a murder with a spiritualist twist in 1898 New York. It was the last book in Daniel Stashower's series and the only one to be published in hardcover as well as paperback.

Titan is rebranding these as "The Harry Houdini Mysteries" with nifty new series cover art.