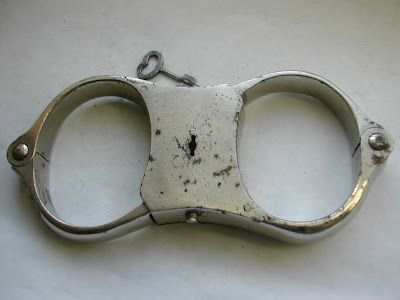 An original pair of 1887 Bean Giant Handcuffs with key have sold on eBay for $1,236. The auction received 19 bids.

The Bean Giant was one of Houdini's favorite "Handcuff King beaters" -- a cuff that he would use to defeat rival escape artists. Houdini would even offer his challengers the key to the Bean Giant, knowing that the configuration of the keyhole made it impossible to reach. In fact, during Houdini very first show at the Alhambra in 1900, he was challenged onstage by The Great Cirnoc. Houdini defeated him with a pair of Bean Giants.

Can't say I've ever seen a real pair of Bean Giants, and from that final sales price, it appears they are rare indeed. By the way, in the famous photo of a young Houdini with his magic apparatuses (below), you can see his pair of Bean Giants on a table in the background. 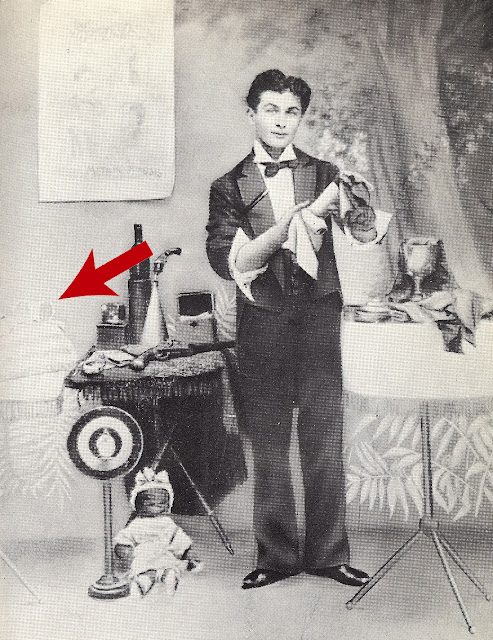