What WOULD Houdini do?

Looks like Houdini is becoming a fashion statement. First there was the Houdini Hoodie from Whoodie (best headline ever), now we have a wave of Houdini-inspired t-shirts. 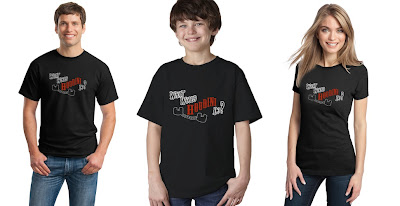 But if these shirts don't do it for you, how about a "Houdini Keg Stand" t-shirt from Headline Shirts. Not completely sure what to make of these, but do you notice anything odd about the image of Houdini suspended in a straitjacket? I'll update with the answer if someone doesn't guess it in the Comments. 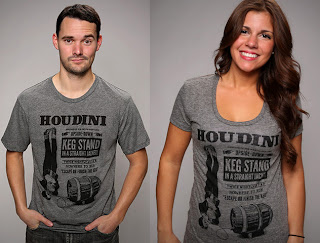 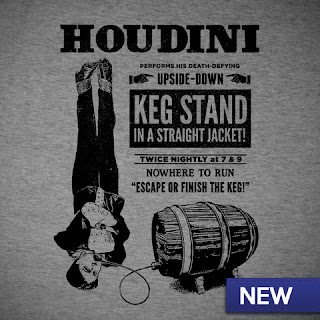 Thanks to Adrian Bianco for the tip.

UPDATE: So the curious thing about this image is that it's actually a photo of Tony Curtis in Houdini (1953) with Houdini's head from his Europe's Eclipsing Sensation poster tacked on.
Written by John Cox at 10:32 AM