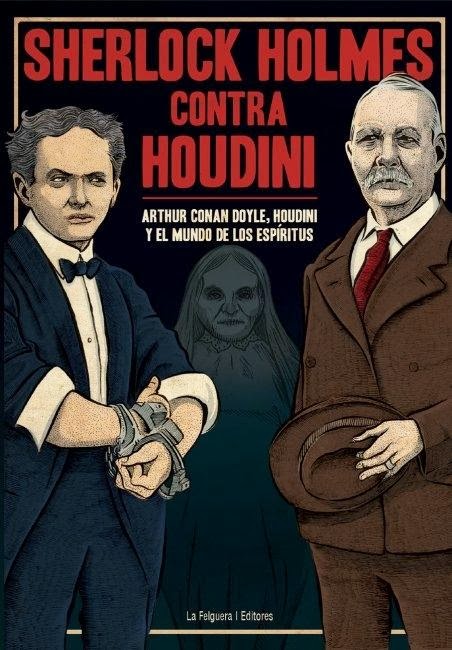 I'm not exactly sure what this is, but my guess is it's a collection of Doyle and Houdini's writings on the subject of Spiritualism. Funny how instead of Doyle's name the publisher used Sherlock Holmes. But Sherlock is hot these days.

I don't always go after foreign language editions of Houdini books (I leave that to the king of international Houdiniana, Arthur Moses), but then I saw this awesome cover art and… Add To Cart!

You can buy Sherlock Holmes Contra Houdini at Amazon.com (U.S.) or Amazon.co.uk (UK).

UPDATE: Now that I have this book in hand, I can report that this is something above and beyond (no pun intended). While I'm still not sure of what the text consists of exactly, I was pleasantly surprised at how copiously illustrated this book is. Every page has photos amid a beautiful overall layout. There are shots from the collection of Kevin Connolly and others that we don't typically see. This is one to get.
Written by John Cox at 8:01 AM