In 1995 Michael Crawford of Phantom of the Opera fame played Houdini in a Las Vegas show called EFX at the MGM Grand. At the time, the $41 million production (in which Crawford also played the roles of Merlin, P.T. Barnum, and H.G. Wells) was the most expensive theatrical presentation in history. EFX opened on March 23, 1995. Following Crawford's departure in 1996, the lead role was played by David Cassidy, Tommy Tune, and Rick Springfield (so add all these men to list of performers who have played Houdini). The show closed on January 1, 2003.

Currently there is a unique artifact from this show on eBay. The seller says this is a mask of Crawford that was worn by the stuntman doubling him in the Chinese Water Torture Cell. Here's the full description: 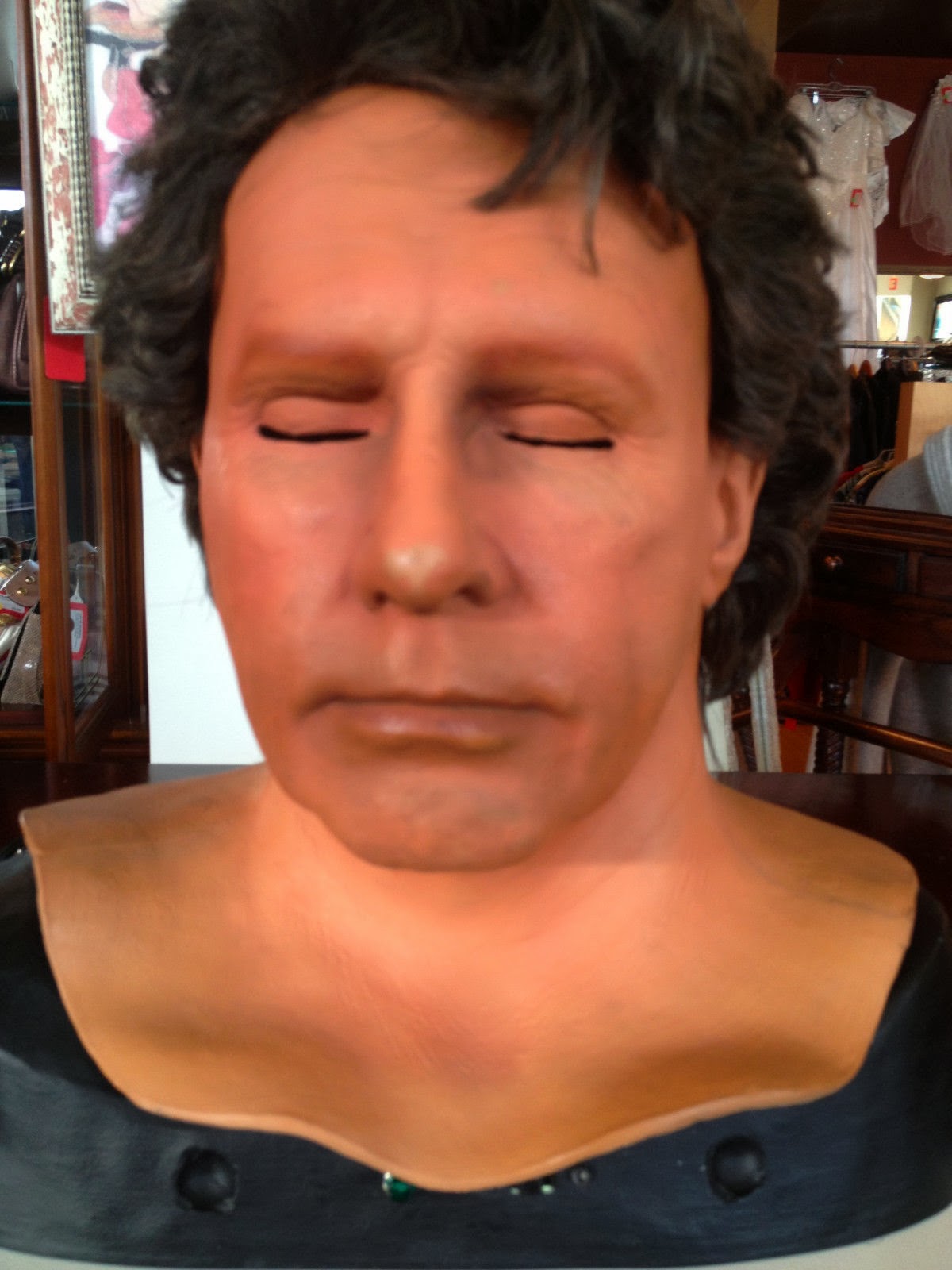 HEADPIECE is a Look a Like Latex Head Mask with Human Hair. This Mask was used in a Stunt during EFX Starring MICHAEL CRAWFORD, MGM HOTEL AND CASINO, LAS VEGAS 1994-95. Before entering the WATER TORTURE CHAMBER, Michael would switch places with a Stuntman who was wearing this Look a Like Headpiece. The Stuntman would dangle upside-down in Water Tank with Mask while trying to escape wearing a Straight Jacket with Locks and Chains. Headpiece could only be submerged in the Water Tank so many times. The Mask would discolor extremely and become unusable for any further use in Show and would be destroyed. This Headpiece sits on a Black Metal Head Frame that plugs in and helps dry the inside of Mask after it is used in Water Torture Tank.


Below is an audio clip of Crawford as Houdini and Tina Walsh as Bess signing "Tonight" from EFX: