Houdini miniseries will air "around June" 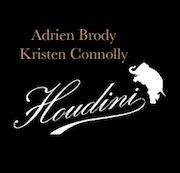 Professional photographer Colin Hutton, who worked on HISTORY's Houdini miniseries last year in Budapest, has revealed the first hint of a possible air-date for the 4-hour, two-night television event.

According to a post on his blog, Houdini is "due to air in the U.S. around June 2014." He added that "it was a huge production with amazing production values" and "Houdini was played brilliantly by Adrien Brody with the main two other parts played equally well by Evan Jones and Kristen Connolly."

Hutton has produced some iconic images for the popular Sherlock series in the UK. You can view examples of his work at his website, huttonimages.com. I can't wait to see his work on Houdini!