Okay, here's one to test just how wild about Harry we really are. Did Houdini Ever Lock Himself Out of the House?: And Other Curious Musings is a collection of "riotous tweets" by comedy juggler Tyler Linkin with illustrations by Eric Olson. Even though Houdini is name-checked in the title, this is one I could normally pass up. But when Houdini is also on the cover… Hmmm. 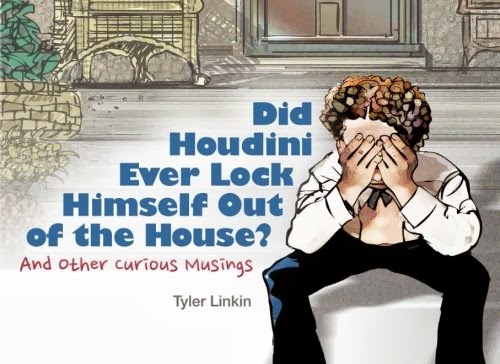 For the record, I've never heard of Houdini locking himself out of 278. And if he did, he probably wouldn't have had much trouble picking the front door lock. Or he might have scaled the outside of the house and dropped in through the balcony, as he did on at least one occasion.

Purchase Did Houdini Ever Lock Himself Out of the House? on Amazon.
Written by John Cox at 11:42 AM