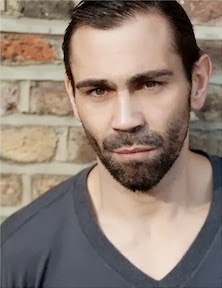 We have our Dash! IMDb had updated the cast list for HISTORY's Houdini miniseries with English actor Tom Benedict Knight in the role of "Dash Houdini." It's strange way of crediting him, but I can confirm that Knight is playing Houdini's younger brother and fellow escape artist, Theo Hardeen.

While maybe not the "well known actor" that was said to have auctioned for the part back in Sept., Knight is an up-and-comer with appearances in last year's Kick-Ass 2 and Underbelly. It will be interesting to see if he plays the part with his beard.

Knight is now the fourth actor to portray Hardeen on screen. He follows Jack Carter (The Great Houdinis), Mark Ruffalo (Houdini, 1998), and Remy Auberjonois (Boardwalk Empire). The miniseries will also feature Hardeen as a young boy played by Connor Kelly.


Houdini stars Adrien Brody as Houdini and Kristen Connolly as Bess. The 4-hour miniseries is directed by Uli Edel from a script by Nicholas Meyer. It will air over the course of two nights on HISTORY later this year.


Click here to view all the news on the Houdini miniseries.
Written by John Cox at 10:44 AM