The Man From Beyond now streaming on Netflix 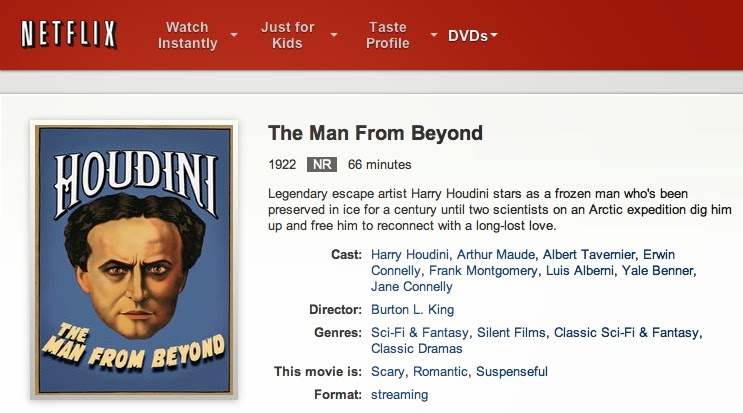 The Man From Beyond has always been the technological trail blazer of Houdini's movies. It was the first Houdini movie to appear on VHS (Video Yesteryear), the first to come to DVD and Blu-Ray, and now it's the first to stream on Netflix. (Amazon made it available for streaming last year.) As I've said before, it's very satisfying to see Houdini's movies being offered via the most modern methods of film distribution.

Ironically, The Man From Beyond was a film that never got proper studio distribution in its own day. Houdini himself distributed it via his Houdini Pictures Corporation using States Rights. This proved to be an unprofitable decision (more on this in an upcoming post), and Houdini would turn to FBO to distribute his next film, Haldane of the Secret Service.

Today all we need to do is press PLAY. Houdini would love it. 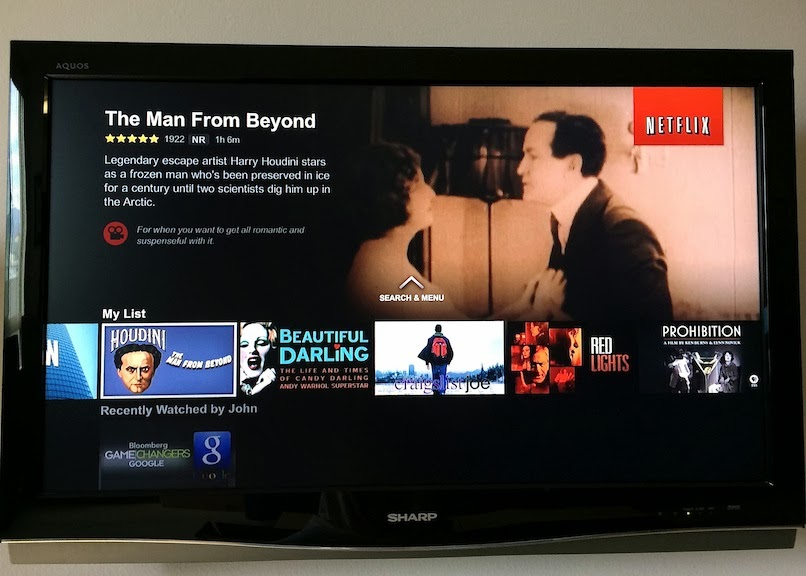 Click here to stream The Man From Beyond on Netflix.

Thanks to Steven Max Droge and Barry Spector for the alerts.
Written by John Cox at 9:17 AM

Email ThisBlogThis!Share to TwitterShare to FacebookShare to Pinterest
Tags: Movies, The Man From Beyond (1922), Video, Video (streaming)