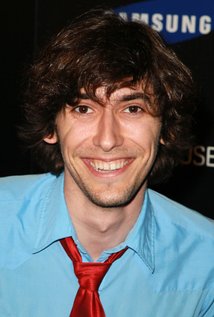 Looks like Sony's Houdini movie is still alive with Deadline Hollywood reporting that Chronical screenwriter Max Landis (son of director John Landis) has been hired to work on a new draft of the film being produced by Jimmy Miller.

Deadline says the the story is being told "with an H.P. Lovecraft influence" and that "this gives new momentum to the pic." I revealed last year that the Sony project included a large element of the supernatural with Chung Ling Soo playing a pivotal role. It's unclear if Francis Lawrence is still attached to direct.

Curiously, Deadline also says that Summit/Lionsgate is still moving forward with their own Houdini project based on the Kalush/Sloman book, The Secret Life Of Houdini, and that "there were rumors Johnny Depp was interested." But with Lionsgate co-producing this year's Houdini miniseries with A&E and HISTORY, I would be surprised to see them launch a second Houdini project that would compete with themselves (Lionsgate and Summit merged in 2012).

Of course, the Sony/Columbia Houdini movie has been in development for many, many years (45 to be exact), so I wouldn't get excited about this just yet.