Houdini and Margery among The Missed 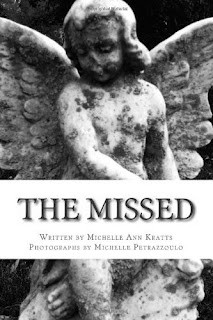 Author Michelle Ann Kratts was very kind in gifting me her new book, The Missed: Tales of Spirit and Tragic End at Niagara Falls, a "collection of strange and mystical stories conceived by the river herself."

The book contains a section on Houdini and Mina Crandon's connections to Niagara Falls. Of course, Houdini filmed The Man From Beyond on location there in 1921, and Michelle has unearthed an interesting local newspaper clipping in which Houdini -- who was staying at the Prospect House Hotel -- told reporters that police had warned him he would be promptly arrested if he perform any stunts on the falls. (One little mistake is saying that Houdini saved Nita Naldi from the rapids -- it was actually Jane Connelly.)

The Margery information is also interesting (local physician and psychologist, Dr. Henry Hardwicke, was a Margery supporter), although Houdini buffs might be surprised to read that Houdini "found himself completely stumped" by Margery's manifestations, and the dubious "quote" from Jim Collins is used to explain the ruler in the Margie Box episode. Hmmm...

Nevertheless, this is still a very nicely done and heartfelt book with beautiful photos my Michelle Petrazzoulo, and certainly one I'd recommend to Houdini and Margery completists.

You can purchase The Missed at Amazon.com.
Written by John Cox at 12:57 PM

Email ThisBlogThis!Share to TwitterShare to FacebookShare to Pinterest
Tags: Books, Fact check, Margery, Niagara Falls, Spiritualism, The Man From Beyond (1922)