Is this a lost Houdini escape device? 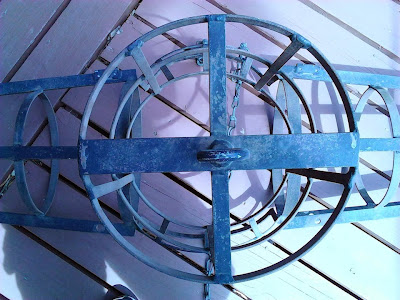 Let's kick off the New Year with a fresh Houdini mystery. Over the holidays I was contacted by a gentleman who believes he might have inherited an authentic and hitherto unknown piece of Houdini escape apparatus. Here's what he wrote:

My name is Michael Kahle. My father was Brian Kahle of AM Buffalo fame as well as established and respected local magician. He recently passed but before he died, he mentioned that he had an old Harry Houdini escape illusion in storage with his other magic illusions. He said he had seen its sister prop sold at auction for over $40,000 and that there were only two known to be in existence, his apparently being the other.

After his passing I found the item as he mentioned along with his props. The problem is, I can't verify the item and cant find any other information on it. All I know is that he acquired the item to be used as a display item in his magic themed restaurant, The Magic Parlor, in Jamestown which is now closed.

I wondered if you could take a look at the photos and let me know what you think or if you have seen anything like it in your travels.


Below are a selection of photos that Michael sent me. To my eye, this appears to be a gibbet that only encompasses the head and outstretched arms (crucifixion style). A "sister" Houdini gibbet did indeed sell in The Great Houdini Auction of 2004 for $65,000 and now resides in David Copperfield's International Museum and Library of the Conjuring Arts in Las Vegas. However, that gibbet has the benefit of a photo of Houdini with the device to authenticate it. 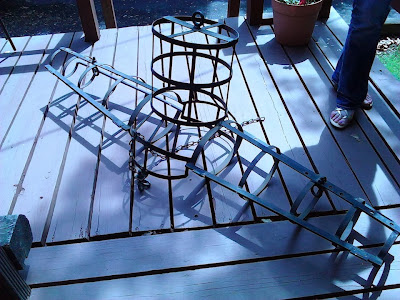 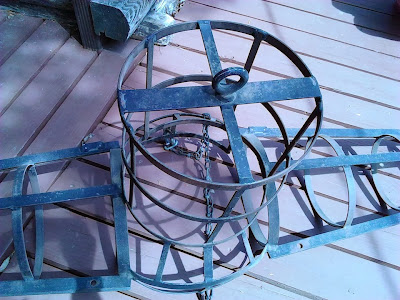 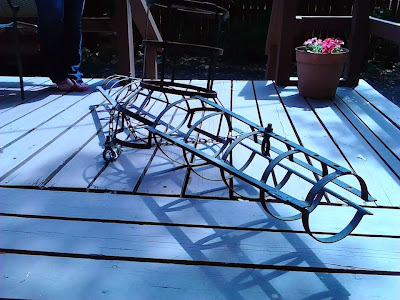 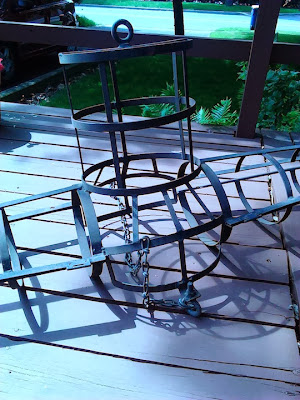 So what do we think? Is this a long lost Houdini prop? I admit I've never heard of a second gibbet, and neither had a handful of Houdini experts that I shared this with. Perhaps the welds and rivets could be compared to the device in the Copperfield collection?

If you have any insight into this, please share in the comments below. Or if you'd like to discuss this with the owner himself, you can contact Michael Kahle via email HERE.

UPDATE: Steve M. in the comments reminded me of "The Cylindrical Cross Escape" which appears on page 287 of Houdini's Escapes and Magic by Walter B. Gibson. There are some striking similarities in appearance and in the description of that escape to what we have here. Interesting.