Houdini Mystery Series kicks off with The Mystic

The Mystic by Darryl De Angelo is a new eBook featuring Houdini and Sir Arthur Conan Doyle. The cover art shows it's part of "A Houdini Mystery Series", so expect to see more Houdini adventures for De Angelo. Here's a description: 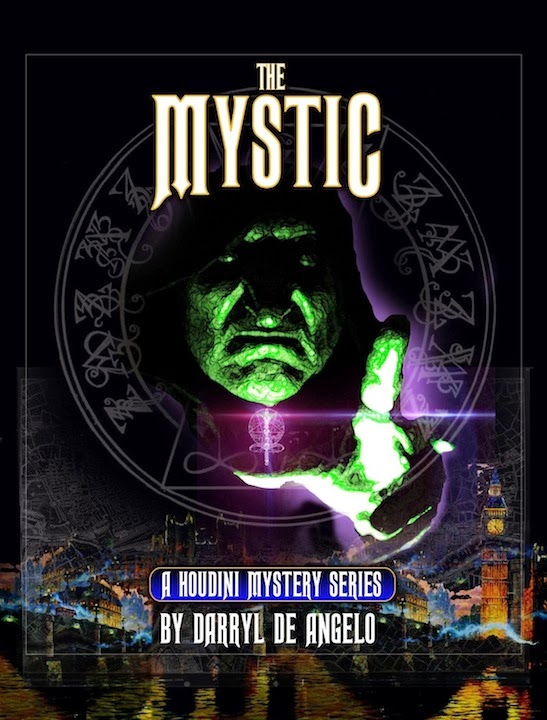 Turn of the century London, a time of wonder. Man stood on the threshold of the modern era, ready for the next giant step of evolution. Or so they thought. When the first body was discovered, Scotland Yard knew it had another maniac on its hands, and this one was worse than The Ripper. A baffling murder, without a trace of evidence, and the clock is ticking for the next victim. The police turn to the one man who can help them, the great sleuth himself, Sir Arthur Conan Doyle, the creator of world’s most famous detective, Sherlock Holmes. The young doctor enlists the aid of a beautiful clairvoyant and together they follow the bloodstained trail into the mysterious world of magic. There, they close in on their quarry and chief suspect...the brilliant magician, Harry Houdini!


You can purchase The Mystic for the Kindle on Amazon. At the moment there is no print version available.
Written by John Cox at 5:15 PM