'A Spotlight For Harry' shines with new cover

has been re-released with new cover art and four extra pages in the back about the real Harry Houdini. The book is aimed at readers aged 7-10 and includes nice illustrations by Jim Madsen. 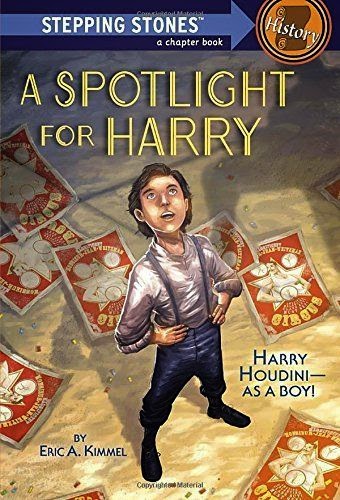 Harry Weiss—later known as Harry Houdini—is enthralled when the circus comes to his Wisconsin town. He loves all the acts, but his favorites are the tightrope and the amazing trick where a man hangs from a rope by his teeth! Harry and his brother decide to try circus tricks in a nearby barn, and although Harry’s headstrong determination leads him into trouble, it also opens up a whole new world. In this evocative story, Eric A. Kimmel tells how Harry Weiss discovered his love for performing, many years before he became world famous.


A Spotlight For Harry

was first released in 2009 in hardcover and paperback. You can purchase this new paperback edition from Amazon.com.
Written by John Cox at 7:24 AM