'Personalities of the Past' DVD features Houdini

Alpha Video has released a new DVD called Personalities of the Past (Part 1). Notice which personality they put on their cover (he's also on the disc itself). Alpha knows the selling power of Houdini! Here's the description: 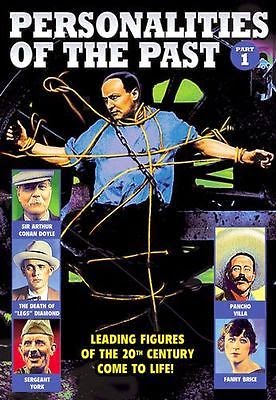 Legendary and iconic figures of the twentieth century, the famous and the infamous, come to life on film in this fascinating collection of short subjects. A few of the many highlights include a look at the life of Theodore Roosevelt, as he evolves from warrior to conservationist. Master of Magic Harry Houdini performs one of his daring escapes while suspended high above the Manhattan streets. Sergeant York, the greatest American hero of World War I, is interviewed in 1919. Famed evangelist Aimee Semple MacPherson, credited with curing thousands with her faith healing, discusses her impending marriage. Clarence Darrow and William Jennings Bryan square off at the Scopes Monkey Trial in 1925. Ziegfield comedy queen Fanny Brice celebrates two decades in show business. Sherlock Holmes' creator Sir Arthur Conan Doyle visits New York. After escaping 17 trials without a conviction, notorious mobster Jack "Legs" Diamond is gunned down by a rival gang in an Albany rooming house in 1930. Mahatma Gandhi struggles to free India from the yoke of Great Britain.


Personalities of the Past is a collection of narrated newsreel shorts probably from the 1930s. The Houdini clip, which is the second segment on the disc, is narrated by Roger Owens and shows Houdini doing a suspended straitjacket escape (but not in Manhattan as described). The footage we've seen before and the quality is awful, but Owens narration makes it unique and it's a nice product of its time. Also, the end includes the quick clip of Houdini demonstrating his thumb racket. 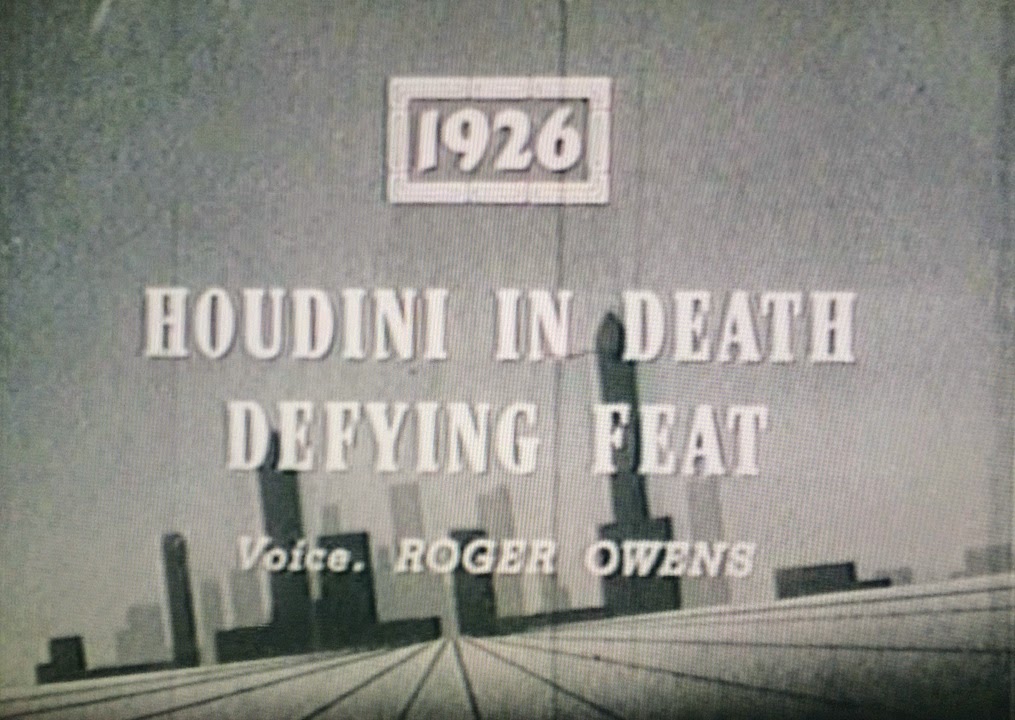 Personalities of the Past runs 1 hour and can be purchased at Oldies.com or Amazon.
Written by John Cox at 2:07 PM