On Sunday I had the pleasure of attending ScareLA in downtown Los Angeles where I took part in a panel discussion called "Los Angeles Horror Stories." The talk was moderated by Scott Markus and Conner Bright of LA Hauntings (who you will recall co-hosted the recent Haunted Houdini Tour of LA). Also on the panel was Richard Carradine of GOULA who discussed Valentino (definitely the #1 sighted Hollywood ghost), and James Zeruk, author of Peg Entwistle and the Hollywood Sign Suicide. My topic was, of course, Houdini!

We had a nearly full house and I was the first to kick off. Scott, Conner, and I discussed the Laurel Canyon house, the McVickers photo (the First Spiritualist Church is just blocks from the convention hall), the final Houdini seance on the roof of the Knickerbocker Hotel, and Houdini and spiritualism in general. Richard and James followed and each spoke with great expertise on their topics. Scott had done his research and had pulled several terrific photos (including some great Houdini shots) from web, which his shared on the large double screens in the hall as we talked. All in all, it was great fun and a successful panel.

Our talk was originally planned for 1:30, but it was moved to a larger hall and changed to 3:30, so I had some free time to explore the convention floor. ScareLA is a convention devoted to all things Halloween. It was filled with high-end costumes, makeup, props, and professional Haunted House technologies. There was some really wild and, yes, scary stuff!

Thanks to ScareLA and  LA Hauntings for allowing me to bring a little Houdini into the house. While I don't have a photo of our talk, below is a photo taken during a panel hosted by The Magic Castle that gives a good feel for the scene. 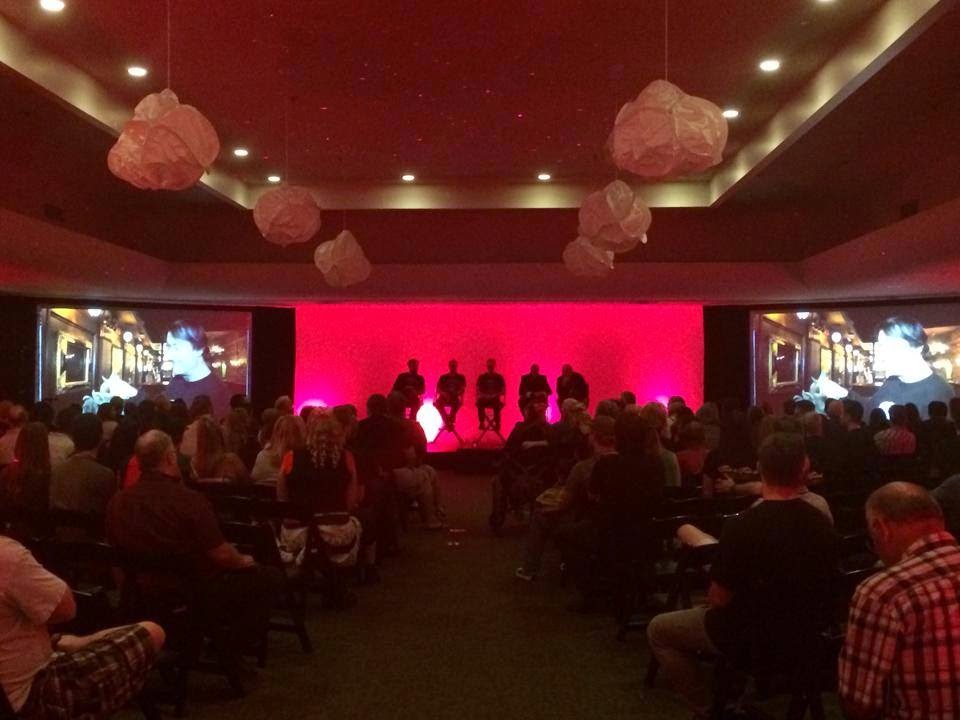