Scaring up Houdini at ScareLA 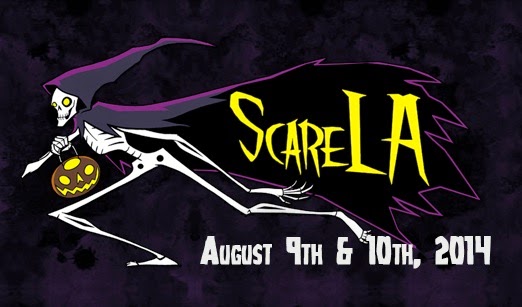 This Sunday, August 10th, I will be part of a panel discussion at this year's ScareLA in Los Angeles. I'll be joining Scott Markus, Conner Bright, James Zeruk, and Richard Carradine on a panel called "Los Angeles Horror Stories" at 1:30pm (update: panel is now at 3:30). I'll be there to field questions about Houdini haunts in L.A. Sounds spooky!


Also on Sunday at 11:30am, there is a panel called, "Behind the Illusion: Halloween at The Magic Castle." So you can make this a full day of magic and ghosts.

ScareLA takes place on August 9th and 10th at The Reef (formerly known as LA Mart) in downtown Los Angeles. The address is 1933 South Broadway, 90007. For more information check out the official ScareLA website, Facebook, or Twitter.