One week until HISTORY's Houdini

We only have one week left until HISTORY airs their two-part 4-hour Houdini miniseries starring Adrien Brody and Kristen Connolly. The network has been posting teaser images on their Facebook page, such as this one below. 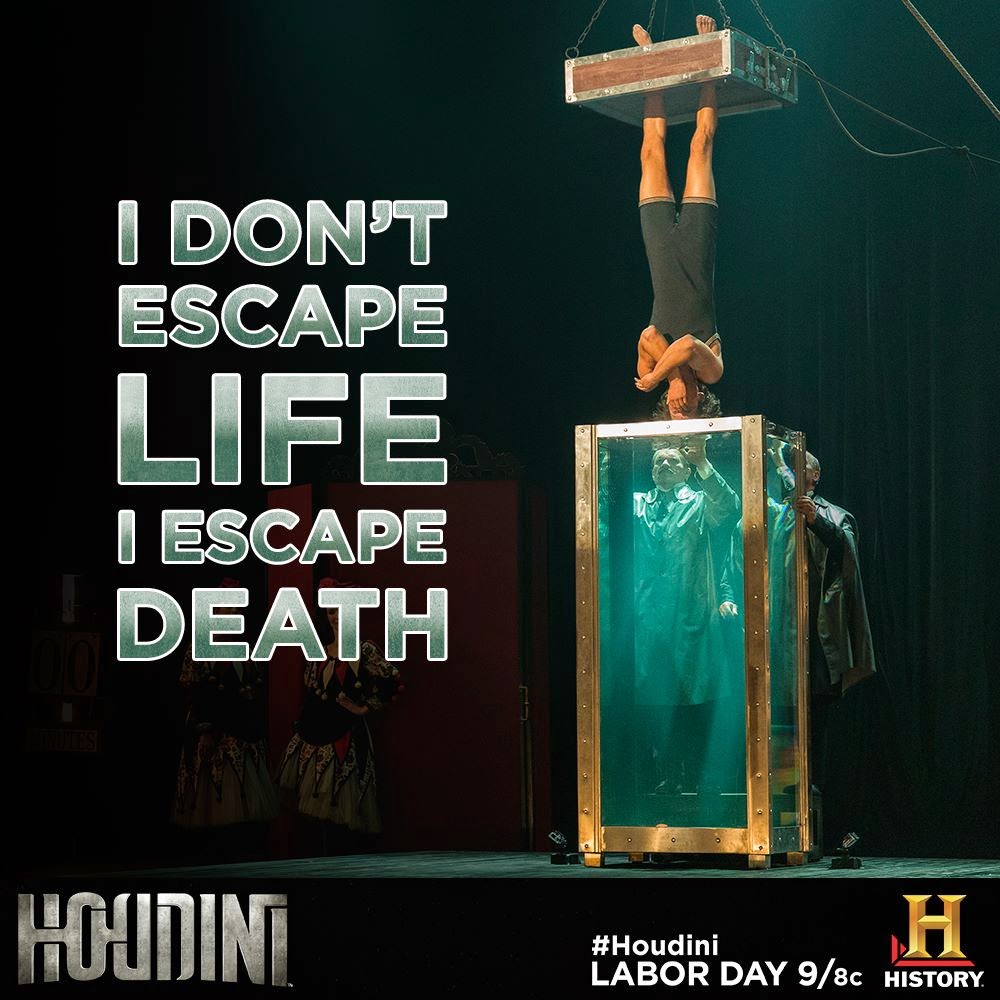 The official Houdini page at the HISTORY website has also launched a "Houdini Six Seconds To Escape Sweepstakes" featuring mini clips of famous Houdini feats from Houdini's point of view. I expect these mini films are what were shot on July 1st in New Jersey (remember this?).

Houdini airs September 1 & 2 at 9/8c on HISTORY. It will be available on September 3 as an HD download on all digital platforms, including Amazon Instant Video, Netflix, and Apple TV.  An extended version will be released on DVD and Blu-ray on Oct. 7.
Written by John Cox at 7:25 AM