HISTORY has offered up a 4 minute "sneak peek" of their Houdini miniseries set to premiere this Monday at 9/8c. The preview shows the first major scene of the miniseries when Harry discovers his challenge handcuff act...in a brothel.


(UPDATE: The preview has been removed.)


There has also been A LOT of press about this series, far more than I can keep up with, but here are a few notable links to interviews with the principle creative talents involved in making Houdini:

Houdini airs September 1 & 2 at 9/8c on HISTORY. It will be available as an HD download on all digital platforms September 3. An extended version will be released on DVD and Blu-ray October 7. 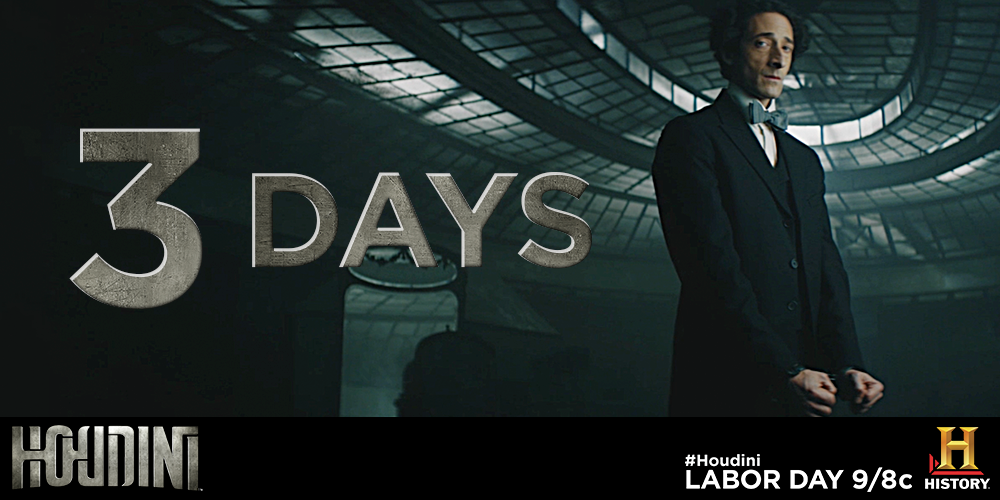