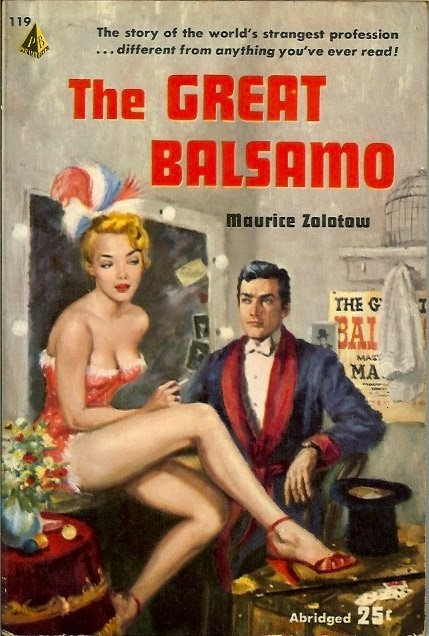 I really like this post by our friend David Saltman over at The Houdini File today, even though I admit I'm a fan of Bernard C. Meyer's Houdini: A Mind In Chains, and it doesn't appear to me that HISTORY's Houdini miniseries is really based on the Meyer book, despite what the credits read. (It's clearly adapted from a major biography, but I will save that for my review.)

Nevertheless, I like that David has uncovered some of the history behind Meyer's psychological conclusions and the connections he makes to Maurice Zolotow's fictional "Houdini" biography, The Great Balsamo. I've always been intrigued by Zolotow and his fixation on Houdini's personal life. He might have influenced Melville Shavelson's The Great Houdinis and it's "love triangle" between Harry, Mama and Bess. In fact, there's a whole weird Hollywood-Zolotow-Houdini thing that's been going on for years.

Anyway, check out David's post at The Houdini File.
Written by John Cox at 10:48 AM