Ed Sams on Houdini and alchemy

If you missed this when it was first released in 2005, Ed Sams 54-page "chapbook" study, Red Magic: Houdini's Secret, has been re-released as an eBook and in paperback by Yellow Tulip Press. 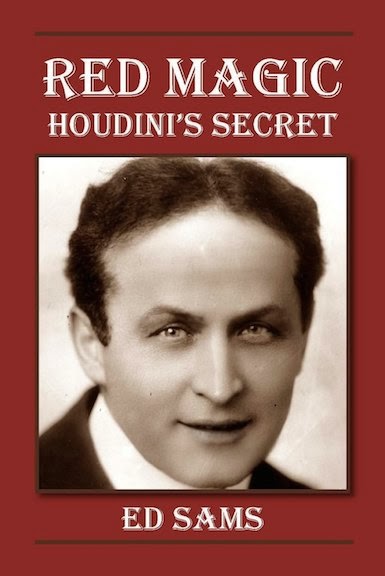 Truth or trickery? This is the fascinating history of a true man of mystery who charmed, confounded and inspired legions of fans, both during life and after death. Most intriguing of all was Houdini’s secret: the red magic that was hinted to be both supernatural and commonplace. Was Houdini’s secret his means of projecting and protecting such superhuman powers? Or was such power no more than the secret itself?


In Red Magic, the author suggests that Houdini's power and continued appeal lies with his knowledge of alchemy and the practices of ancient alchemists; that he "incorporated their most mysterious allegories in his stage acts and publicity stunts," conquering air, fire, land, and water. It's a well-researched book that's worth reading. This new edition is of higher quality and features more photos than the 2005 printing.