We've had adventures in which Houdini has battled vampires (no less than Dracula himself), but No Escaping the Blood by Timothy Reynolds has to be a first. This time, Houdini is the vampire! 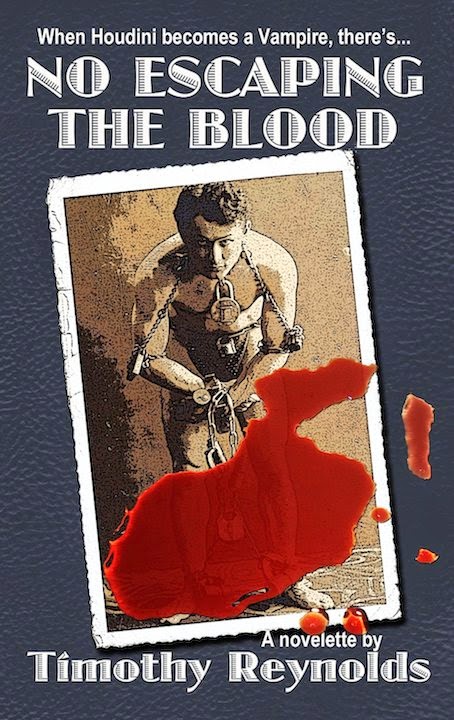 He was the Handcuff King and the Greatest Showman alive, but would Harry Houdini walk away from it all the night he was attacked and became a vampire, or would he ‘come out of the coffin’ and make it all part of his act?

And how would his staunchly-Catholic wife, Bess, react when her Jewish husband rises from the dead?

An eNovelette for fans of Houdini, as well as fans of Stoker-style vampires.


No Escaping the Blood is available as a Kindle eBook from Amazon.com.
Written by John Cox at 1:16 PM